Despite the hype and expectations for “a storm,” Jan. 20 marked another relatively peaceful transition of power, from one presidential administration to the next. Yes, there were more law enforcement than spectators at this strange inauguration, reminiscent of a Soviet May Day parade, but it was anticlimactic, at least to the many expecting a long-awaited storm, unleashed by Trump supporters, supposedly on the deep state, during former (I hate to use that word) President Trump’s final days in office.

This past week in any case, rumors swirled of something big and stormy happening. An unprecedented number of military and National Guard descended on Washington D.C. There were fences around the Capitol and adjacent buildings. The razor wire atop the fences was facing inwards, supposedly to keep those inside from escaping.

This, a conspiracy theory went, was a giant trap for the deep state, President Biden’s inauguration luring the deep state into the witch’s oven, ready to be arrested by thousands of National Guard members recently deputized as U.S. Marshals, yet all secretly disloyal. In this soup of nuttiness we also heard that major Democrat players were already arrested, awaiting trial or execution.

This would make for a great Robert Ludlum or Tom Clancy novel but was nothing more than fanciful delusion for Trump supporters disillusioned at the president’s loss.

The only storm on inauguration day was in the Oval Office as Biden signed 17 (a poke at Q followers?) executive orders or actions, promptly reversing much of what Trump accomplished during his presidency.

We will be treated to a storm instead of 100 days of mask-wearing, a reentry into the corrupt World Health Organization, and a rejoining of the nonsensical Paris climate agreement. The Keystone XL pipeline and energy independence will be destroyed, going the way of Trump. Non-citizens will be counted in the U.S. Census, padding congressional seat counts for Democrats, and making election rigging unnecessary.

Border wall construction will cease, and aspiring terrorists will once again be able to travel to the U.S. During the height of a global COVID pandemic, we are opening our borders to anyone and everyone. But don’t worry, the masks will keep us safe and healthy.

What happened to Trump’s claim against his Spygate conspirators of: “We caught them all” and “We have it all”? Whatever anyone has will blow away in the flurry of wind, never to be seen again, from Joe’s workout of the week, signing his name 17 times.

Federal prosecutors quietly closed the General Flynn leak investigation, finding no wrongdoing. This sounds familiar, just like the 2020 presidential election, where former Attorney General Bill Barr found nothing amiss. This was echoed by state and federal legislators as well as a slew of courts, including the U.S. Supreme Court.

The kraken remained as elusive as Bigfoot, the Loch Ness monster, and JFK Jr, the latter rumored to magically appear as Trump’s running mate before the November election. There were white hats and black hats, although in reality most wore one of the fifty shades of gray, some days looking like good guys, other days like bad guys. Who really knows? None have been indicted and none are heading to prison.

Declassification of Spygate documents is a day late and a dollar short. Mark Meadows, when he was still in the House in 2019, not yet Trump’s chief-of-staff, said the declassified documents “will curl your hair.” Sorry but my hair is still straight, as is the hair (or lack of) on the heads of conspirators John Brennan, James Clapper, James Comey, and others.

In the waning days of his presidency, Trump finally declassified and released “more than a foot-high stack of documents” related to Spygate. So what? If a declassified document falls in the D.C. forest but no one hears it, did it make a sound?

Those documents might have been more useful a couple of years ago, when Trump’s DOJ could have (but probably would not have) done something about it. Does anyone think the media will devote a second to these documents now that they are busy gushing over “historic” Kamala Harris, soon to be President Harris once Joe resigns or meets the 25th Amendment? Not surprisingly, just after Biden was safely inaugurated, the DNC media now feels free to discuss “Biden’s cognitive decline.”

Biden will reclassify everything, from Spygate to Ukraine, including his son Hunter’s laptop, all under the guise of “national security,” burying everything as deep as Anthony Weiner’s laptop, never to be seen or spoken of again. Those daring to raise these issues will be banned from social media and ostracized from their jobs and life in general. Although the year is 2021, it is actually 1984.

DNC media propagandists are resurrecting the “Russian collusion” narrative to distract from actual “China collusion” via Rep. Eric Swalwell, Sen. Dianne Feinstein, and the Biden family. How soon until Biden’s DOJ fires John Durham, special counsel to supposedly investigate Spygate, and replace him with an Eric Holder or a Loretta Lynch as a new special counsel to hound Trump and his family to the ends of the earth?

Biden, or his puppet-masters, will go after Trump in a way that makes Inspector Javert, of Les Misérables, look like a piker in his pursuit of Jean Valjean. So much for “the best is yet to come,” the parting words from Trump and Pence. Many of us were waiting for those words to come true over the past four years. But the party is over, and the lights are out. Nothing is left but cleaning up the post-party mess.

Trump knew what was done to him and his administration, beginning before he was even elected, then at the end of his term a stolen election, and a second impeachment based on a staged surge on the U.S. Capitol for which he was blamed. Conveniently after inauguration, the Washington Post acknowledged that Trump did not incite the Capitol riot on Jan. 6, that it was planned in advance. Trump knows what a threat he is to the deep state and the Pelosi-McCarthy-Schumer-McConnell uniparty.

Trump had to realize much of what he accomplished in four years would be undone by the stroke of a pen on day one, which is exactly what happened. Electoral fraud has been institutionalized, making talk of “We’ll get ‘em next time” pure folly. There will not be a next time, for Trump or any serious MAGA-type Republicans. The ruling class Republicans will remain in minority power, useful idiots for Democrats to use as they enact their far-left agenda and rewrite of the Constitution.

Was Trump compromised or did he simply realize that the only storm was the one he was spitting into, fighting his battles alone, without assistance or support from his own party? He was “the boss” for four years, the executive branch of government under his command. I hate to say it, but he lost, at least for now and in the most important battle.

Trump picked a fight against the global deep state. He had them on the ropes but didn’t deliver the knockout punch. The deep state is like cancer, unless you eliminate it completely, it returns, sometimes with a vengeance.

Does he have a plan? Who knows? It is not in Trump’s nature to lose. He did the improbable by winning in 2016 and he will not want his blood, sweat, and tears shed for the America he loves and reveres to all be for naught.

That’s the lifeline of hope for his 75 million-plus supporters. Perhaps a storm is coming, but we have been waiting for four years and thus far it’s only been a breeze. When a storm eventually arrives, it will not likely be what we have been hoping for, but perhaps instead a Hurricane Bernie or a Hurricane AOC. Buckle up and pray for Trump and America.

Brian C. Joondeph, M.D., is a physician and freelance writer. He is on sabbatical from social media.

In today’s climate of political correctness and economic uncertainty, ad revenue only goes so far to keep an independent voice like AmericanThinker.com going. If you enjoy our articles, please consider supporting us with a direct contribution of as much or as little as you can give. Your donation will ensure that we continue to bring great pieces from our outstanding columnists. 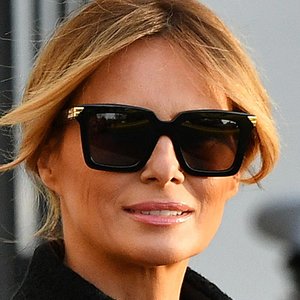 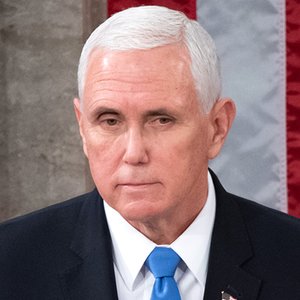 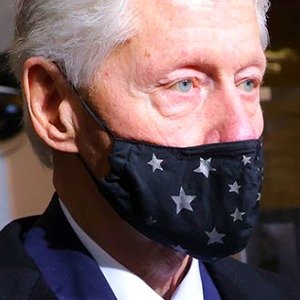 The Struggle Was Real For Bill Clinton At Biden’s Inauguration 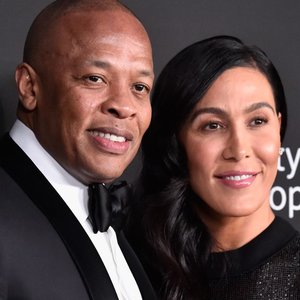 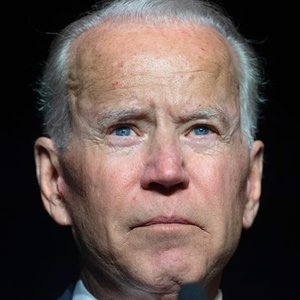 The Real Reason 12 Guards Were Removed From Biden Inauguration 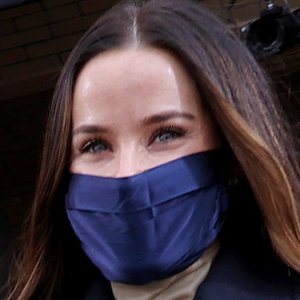 Do This Immediately if You Have Diabetes (Watch)
Signs of Spinal Muscular Atrophy (SMA) – Catching It Early Matters
Real Alternatives – Empowering Women for Life
Psoriatic Arthritis Signs – Easy to Miss for Some
Tinnitus? when the Ringing Won’t Stop, Do This (It’s Genius)
Hepatitis C Can Cause Itchy Skin Along with Other Symptoms – See Hep C Symptoms
U.s. Cardiologist: It’s Like a Pressure Wash for Your Insides
When Engineers Drained The Niagara Falls In 1969, They Revealed A Gruesome Sight
New Vision Discovery Can Restore Your Vision Naturally (Watch)
Now We Know the Real Reason Elizabeth I Wore White Makeup

Geneticists Say They’ve Located The Birthplace Of Humanity
Doctors’ Secret! Feel Bad? Can’t Sleep? Here’s Solution
If You Have Ear Ringing Do This Immediately (Ends Tinnitus)
This Bizarre Photo Caused Mayhem, Try Not to Gasp when You See Why a
Tommy Chong: Throw Out Your CBD Now
New Vision Discovery Can Restore Your Vision Naturally (Watch)
Hoda Kotb Received Sad News About Her Health in the Midst of a Divorce
We Can’t Believe These 20 TV Shows Are Being Axed
Loveshackfancy, Beach Riot’s Dreamy New Activewear
The Truth About Egypt’s Sphinx Has Brought Experts to Their Knees 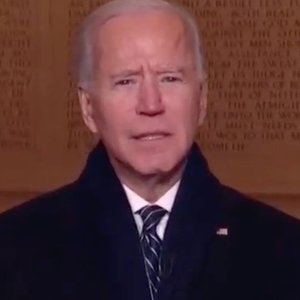 How President Biden Described The Letter Left To Him By Trump 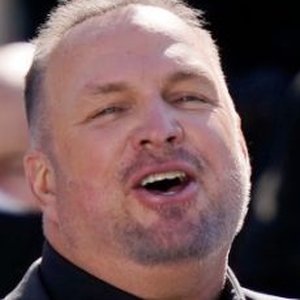 Twitter Totally Explodes Over Garth Brooks At The Inauguration 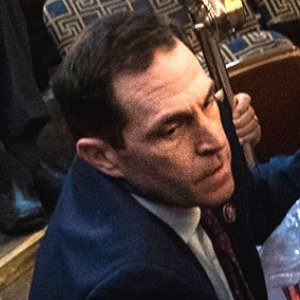 This Dramatic DC Riot Photo Is Getting Some Attention 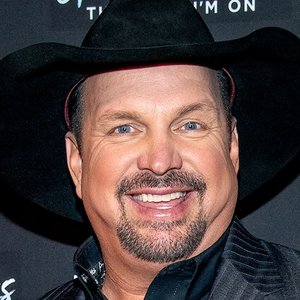 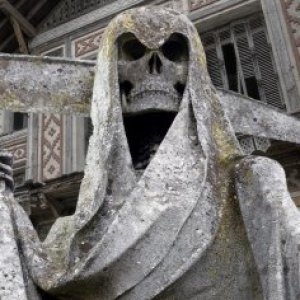 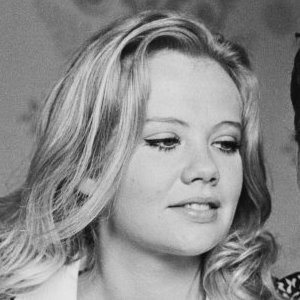 Whatever Happened To Hayley Mills?